You are here: Home / Home / Do All Portable Air Conditioners Have To Be Vented Out Of A Window?

This was an interesting and close up personal one for the entire team.

The reason: portable ACs are one of the units we rely on to get our daily work done on this site. They are also an indispensable part of our daily life – both as individuals and as a team.

It doesn’t take long to figure out why.

Letting large spaces is expensive; buying and building up same is quite prohibitive.

Unfortunately, if you live anywhere in the US where the summers come in a serious fashion, there is no avoiding air conditioning – from the vehicle right through to the house.

Sadly, central air conditioning is prohibitively expensive to install as is the power bills that follow.

Now, if you’re like many of us on the RM team, it is only logical to begin to think of an alternative that will do the cooling trick around the house but won’t necessarily burn a hole through the pocket.

This is where portable air conditioning units come in.

Unfortunately, not all small spaces where the services of this sort of cooling is required have accessible windows that can be used for venting.

The logical question that follows is often simple and quite straight to the point: do all portable air conditioners have to be vented out of a window?

The answer is contained below, right in the succeeding paragraphs.

However, before we proceed to answer, let’s lay bare the concept of venting and why air conditioners generally have this design setup. 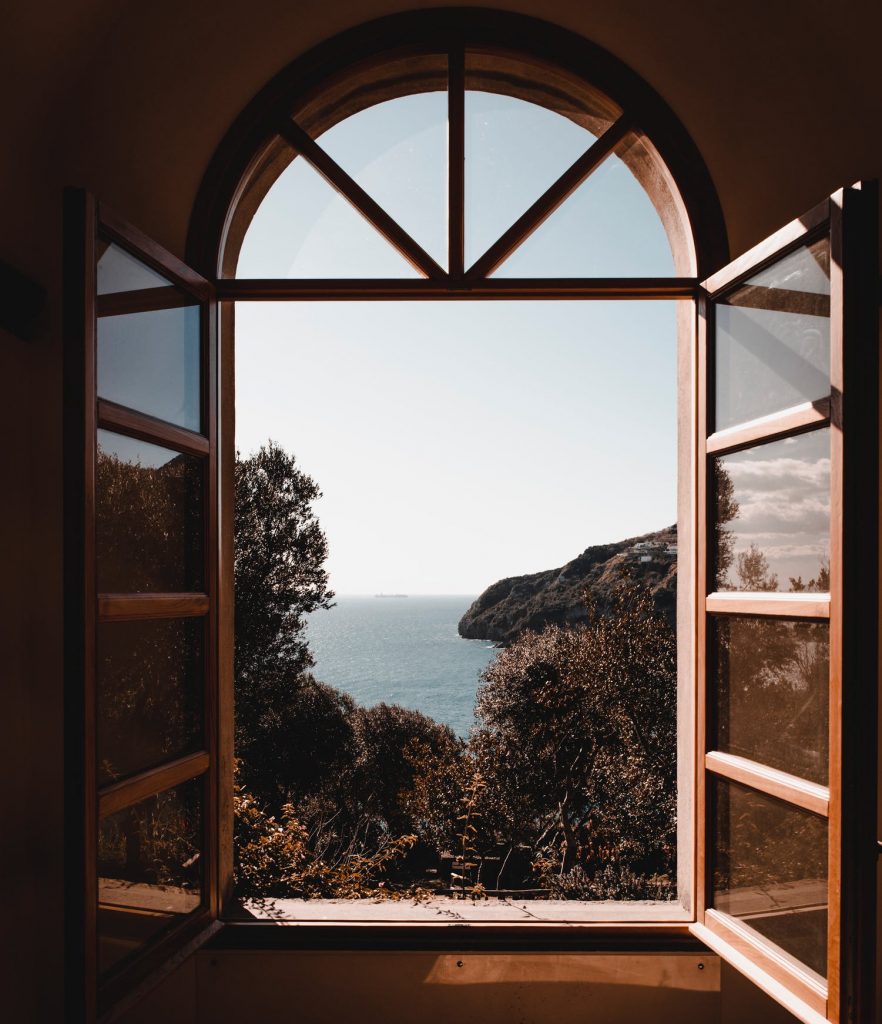 Why Air Conditioners Need Venting In The First Place

In the simplest of explanations, an air conditioner (portable or traditional) works by drawing warm air or moisture in a closed space and venting same outside while simultaneously drawing in much colder air from outside, chilling it by means of indirect exposure to refrigerant and serving to the interior – effectively reducing the temperature and humidity in any closed space or room.

This is the basic explanation as to how an air conditioner works.

However, assuming that the air outside is of less desirable quality or you simply want to increase the cooling efficiency of the unit (after allowing the air conditioner to do its thing and run for a while), the smartest thing to do is to recirculate the interior air – after cooling it.

When this option is activated, the air inside the closed space is powered over the chiller pipes containing refrigerant and offered back to cool the closed space (or room), effectively achieving faster and more powerful cooling since the air used in this case has already achieved some degree of coldness and chill prior to its circulation.

From the explanation above, one thing is crystal clear: warm air and humidity need to be vented out of a closed area or room to ensure less humidity and colder temperatures.

However, since the option to re-circulate air is also standard (on almost all units today), is it safe to conclude that some portable variants of air conditioners will work in an awesome fashion without the express need vent outside?

Do You Need To Vent A Portable AC Out Of The Window?

Short answer: you need to vent your portable AC outside the space or room the AC is meant to cool – but not necessarily through a window.

Notwithstanding the fact that air can be recirculated, doing so isn’t an alternative to venting. You thus need to vent your portable air conditioner outside of the immediate place you intend to cool.

The detailed answer for whether you need to compulsorily vent out of the window is contained in the next sub-heading.

There, right below, all the options that are open to evacuate humidity out of a room and introduce cool, fresh air into same have been mentioned and are open for your consideration.

Regarding whether the recirculating option can be used for in place for the traditional venting, this will defeat the entire purpose of using air conditioners in the first place.

It is also an option that is used if the air outside is less desirable than the interior air.

While the process of re-circulation goes on, it is interesting to point out that an AC still extracts the moisture and heat from such air and exhausts it outside to ensure proper cooling in the first place.

If air re-circulation from an air conditioner is not followed by the exhaustion of heat and moisture from a closed space, the entire concept of air conditioning will be self-defeating and the room or space to be cooled instead of dropping its overall temperature will rather see a sharp increase in both temperature and moisture.

It is on the strength of the principle enshrined in the explanation above that a ceiling/standing fan, for instance, does not achieve any cooling feat when operated in a stuffy room with high temperature and closed windows and doors.

Other Venting Options For A Portable Air Conditioner

Having cleared the air that an air conditioner (portable or not) needs to be vented in order to work in a brilliant fashion, it is instructive to see if there are other options for venting a portable AC.

If you’re interested in a portable unit and are not too keen on the window venting option, here are some other brilliant ideas you could play with:

It is clear (as crystal) that all portable ACs need to be vented and without this simple outlet, the whole essence of air conditioning (of the portable variant) will be soundly defeated.

The most important thing to keep in mind is that the moisture and heat present in a room that needs to be cooled has to find a way out via venting.

Once this is achieved, it does not matter exactly how.