You are here: Home / Work / Can A Goal Zero Yeti Solar Generator Jump-Start A Car?

Recently, we got an email from a fervent reader of this website who simply wanted to know if a Goal Zero Yeti (portable) solar generator can actually jump-start a car’s (weak or dead) battery.

Initially, we were taken aback (before we remembered that we are the solar generator people and should have the answer to such a question on our fingertips 🙂 ).

We immediately replied the mail and told our dear reader all that we know about solar generators, their ability to jumpstart cars and whether or not a Goal Zero Yeti portable solar generator can achieve such a task.

This article is thus, our long-hand of that email so that other readers here and as a matter of fact, the whole world can benefit from that simple but extremely smart question.

Let’s however, start with the basics first. 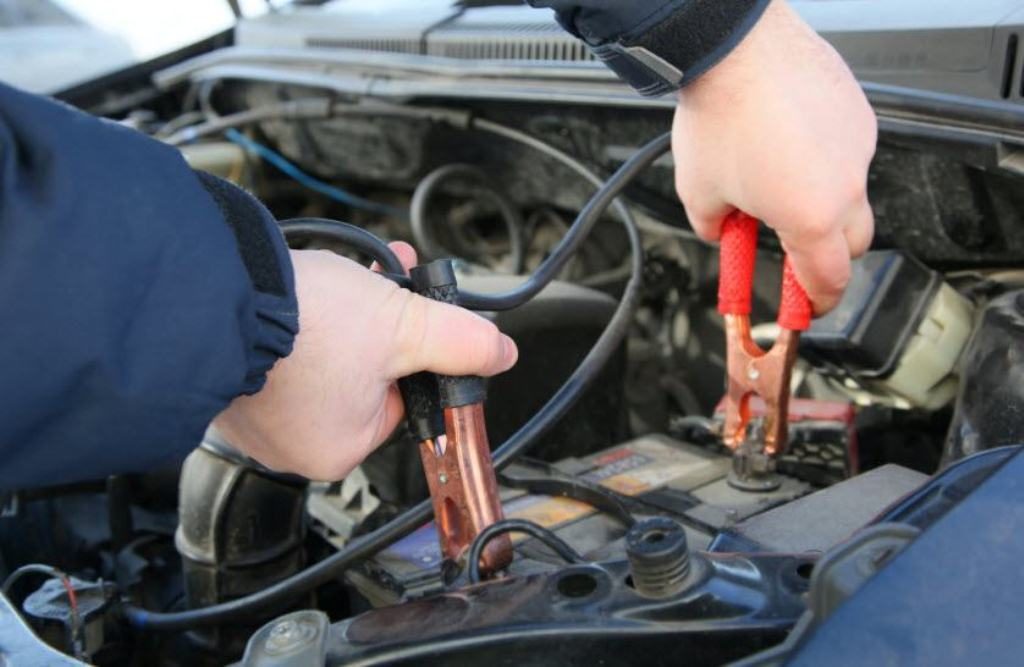 Article at a Glance

What Is Jump-Starting A Car?

Ordinarily, an automotive battery doesn’t need jump-starting if all things are going well with the battery or allied components.

However, when the battery begins to age and loss its charge, when the alternator fails to charge the battery when the car is powered or when devices in or on the vehicle are left running when the ignition of the car is switched off and the battery itself is not being recharged, jumpstarting becomes necessary, if such a battery is to power the car or even start it in the first place.

This process is very handy when dealing with battery challenges from cars that use auto transmission as they cannot be pushed and made to start manually (when their batteries run flat or have challenges and accordingly, they cannot start on their own accord).

For the steps of this procedure, the Art of Manliness has a detailed article that shows how to jumpstart a car step by step.

If you’ve forgotten the process of jump-starting a car using jumper cables (or in our case, a portable solar generator), that article should serve as a good resource to awesomely refresh your memory.

Jumpstarting A Car’s Battery Via A Portable Solar Generator: Is This Even Possible?

The standard process of jumpstarting a dead car battery is to use another car’s battery, either connected or deployed directly with dedicated jumper cables.

However, that is the standard and old procedure; one that held sway before the advent of portable solar generators.

Now that portable solar generators have become the new reality and many companies have directed their energies towards them, can you now use one to jumpstart the battery of your car?

By all means, YES!

However, what if you’re a die hard fan of Goal Zero and are interested in using the many options provided by the company to to achieve this aim, will the answer still be a positive and resounding ‘YES’?

That is where we will be offering our very first negative in this article: YOU CANNOT AT THE MOMENT, USE A GOAL ZERO PORTABLE SOLAR GENERATOR TO JUMP-START YOUR CAR.

However, there is an alternative – a smart and close option that is also a portable solar generator…one that will serve you brilliantly in the stead of the Goal Zero brand.

Kindly continue reading to get to know this smart alternative.

As has already been stated, there is currently no Goal Zero portable solar generator that can jump-start a car’s flat or weak battery.

This does not mean that the portable solar generators that are offered from the stables of Goal Zero are inferior, are not awesome or are good for nothing.

However, if this brand is what you really love but are disappointed with one or two of its offerings, you’re welcomed to take a look at the smart Goal Zero alternatives that we have compiled – smart alternative energy generators that are bound to also serve you in the smartest of manners possible.

Currently, if you wish to jump-start the battery of your car and need to do so with the use of a portable solar generator, you’ll need the services of the AcoPower 400Wh Portable Solar Generator.

Made of solid aluminium case that ensures its durability and further sees that the solar generator withstands falls and other challenges, the AcoPower 400Wh portable solar generator does not only charge your devices in an awesome manner, it also serves to jump-start your car when the need arises.

With an awesome 400Wh of power at its disposal, you get to both retain enough juice for your gadgets and importantly, also get to use that same power to tackle other important needs such as boosting a weak or dead car battery should your car’s battery packs up or disappoints. 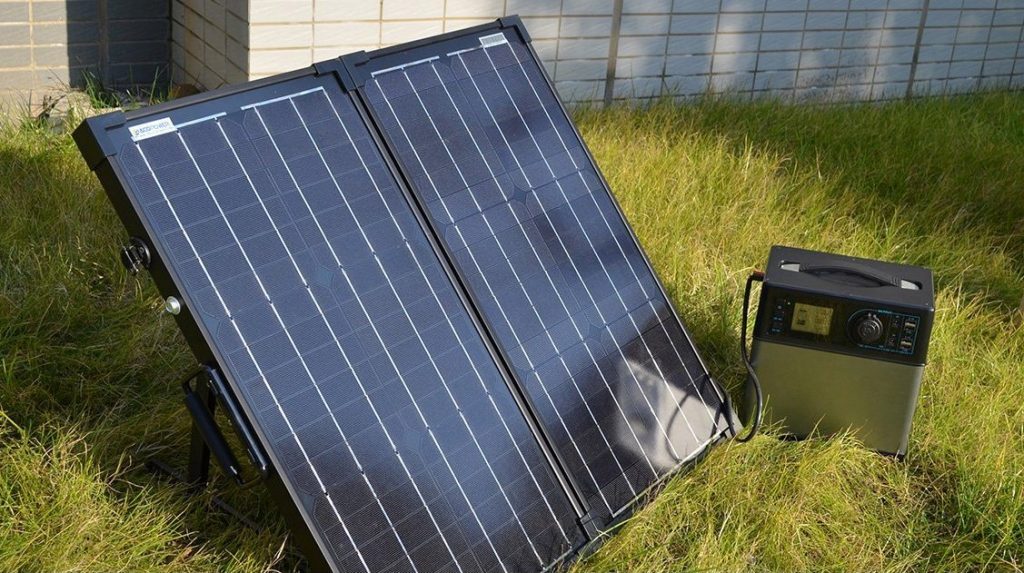 Specs And Features Of The AcoPower 400Wh Portable Solar Generator

Other Portable Alternatives To Jump-Start Your Dead Car’s Battery

It is always smart practice to keep a fully charged portable solar generator in your vehicle so that if your battery ever runs out of a charge, you won’t wind up stranded.

However, do you know that you can instead, buy a dedicated, portable standalone portable Jump-starter on Amazon that is smaller than the smallest portable solar generator and also, well cheaper?

Do you also know that this portable battery charger will also function in the most awesome of manners when needed?

No one likes to be disappointed or made stranded, especially at a time and place where help is unlikely to come to one’s aid.

Unfortunately, driving a car (whether an auto or manual tranny) without a means of boosting its battery should it run flat is actually looking to be thoroughly stranded and in more instances than one, also actively looking to be embarrassed beyond measure.

To avoid this, we have recommended the AcoPower portable solar generator – since no Goal Zero option caters for this function now.

However, we have also made it abundantly clear that there is also another option that may serve you better – in the long run: dedicated, portable car automotive battery jump-starters.

The choice, ultimately is yours.

However, one thing is dead certain: whichever way you choose to travel, you’ll never again be left stranded because the battery of your car either packed up or failed to respond in a manner you expected!