You are here: Home / Security / How Does The Anti-Theft Of Eufy Security Cameras Work?

No one appreciates having their things stolen, especially things bought with hard-earned money.  It is more so when these things offer some form of practical utility, no matter how little.

Great chances are that, this is you – and there’s nothing to be ashamed of. If anything, it is basic commonsensical logic that spans across nations and continents, offering maximum legal protection to private property and giving full legal backing to this protection, should the need arise.

Eufy security cameras, being private ‘things’ bought with hard-earned money and serving the all-important utility of ensuring security, make for an added interest in securing them directly, especially since the cameras themselves are the tools for ensuring security and deterring theft.

You’re thus right in being curious about the security of the Eufy cameras themselves and are right to be concerned about the potency (or not) of its anti-theft feature(s). This will be the focus of this article, especially as regards to how the function actually works and if it does, the degree of its efficacy.

I’m an Amazon Associate and will earn from qualifying purchases on Amazon or any of the merchants recommended below. For my full affiliate disclosure, click here.

How Does The Anti Theft Feature Of Eufy Security Cameras Work?

The anti-theft function of the Eufy Security cameras is a feature that activates an alarm both on the cameras themselves and optionally, on the HomeBase, should the camera be moved without prior authorization.

This feature is a ‘software-powered’ one and is controllable by a switch on the app that needs to be toggled ‘on’ and ‘off’ as need dictate.

The function can also be toggled to reflect a volume increase or decrease as needed.

The anti-theft alarm, once activated, sends a notification to the phone where the app is installed so that one could watch the offending action in real-time, should he/she so please.

Left on their own, both the alarms on the base and cameras resolve themselves and return to their normal ‘quiet’ self after about a minute of consistently blaring and trying to attract attention.

Now, it is instructive to point out that, the security alarm (which is an important part of this anti-theft approach) works exactly in the same manner, irrespective of whether or not there is a viable internet connection, powered by the router. This is covered in detail in my article: Do Eufy Security Cameras Detect And Save Motion In An Internet Black Out?

If you’re curious about how this plays out in the real world and importantly, the exceptions, you should read the article linked, above. 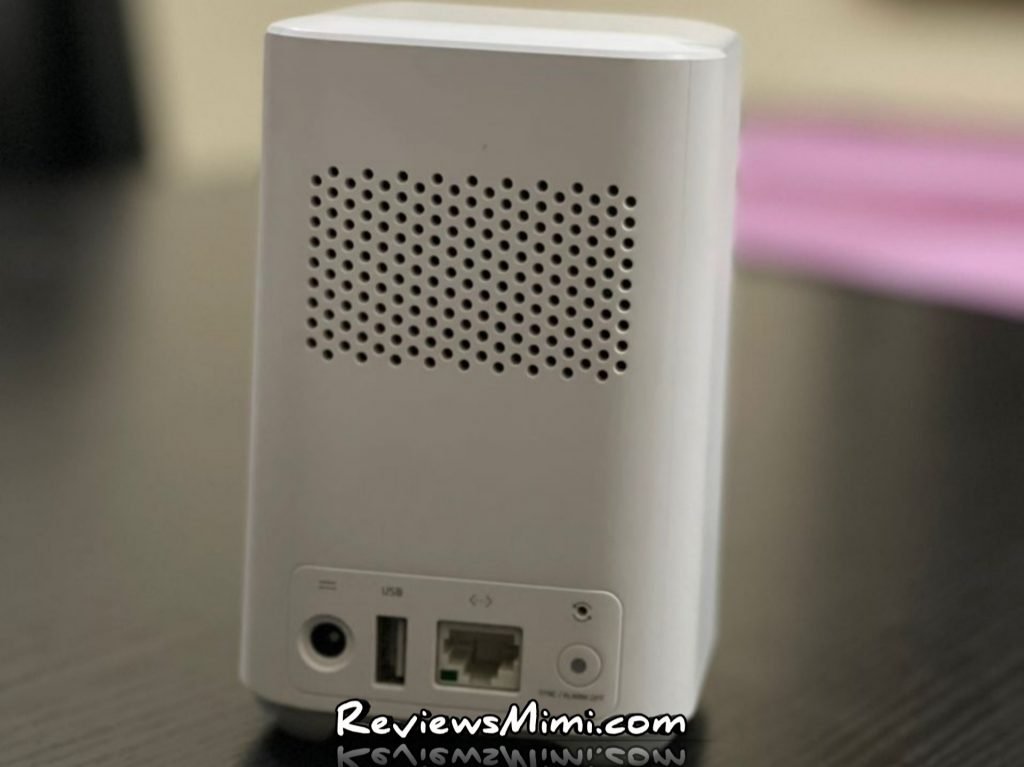 How Loud Is The Anti Theft Function Of The Eufy Security Cameras?

The anti-theft alarm feature of the Eufy security camera system, when tested with a decibel meter, read about a 100 dB at 5 feet away from the originating source (the Base or camera) – with the alarm emamaning from the cameras being more ‘shrill’ and somewhat attracting more decibels, in my experience.

This is one of the fulcrum of my criticisms when I ran a full review of the Eufy Cam 2 Pro sometimes back. The below-average anti-theft system of Eufy is a complete turn-off for persons who are ideally interested in a system with a solid alarm structure in place.

I am not alone in this conviction: the Eufy community threads have in fact seen some of the action firsthand as is documented here and here (aside: the discrepancy in the domains is the fact that the support channel moved from the broad Anker affair to the specific Eufy affair. If you’ll appreciate more clarification, this entry offers it).

However, it is my experience that Ring, a close competitor of Eufy’s, has a smart and truly badass solution, the Ring Alarm 8 Piece Kit and it works brilliantly with Alexa and has other perks that I believe are worth both your time and money.

However, if the premium cost of the Ring system scares you off, you may consider an equally effective system that also doubles as standalone option in the Kerui Standalone Alarm System. This system has the unique advantage of adding (almost) an infinite number of sensors and alarms (both outdoors and indoors as your security needs dictate).

The ensuing effects and shock, for an intruder that is foolhardy enough not to be initially deterred, would be priceless!

Does Eufy As A Company Have Any Other Theft Deterrence Measures?

Though it appears on the surface that, Eufy does not take theft deterrence measures into consideration in the R and D stage of their product, especially security cameras, this notion, if held, may not be entirely correct. In my considered opinion, the company does – not just  (too) seriously.

The clear advantage of this, as shared in the article linked to above, is that, in the unfortunate event that one attempts to compromise any of the installed cameras, the prior footage saved will remain secured with the base station, encrypted and out of view/reach. Often, even the offending events leading to the loss of the camera will likely be captured and securely saved, leading to a likely arrest of the culprit (by assisting with identification) and conviction (by assisting with evidence).

That is not all: the cameras, at least those intended for both outdoors and indoor use like the Eufy Cam 2 Pro model I bought (and currently use) come standard with outdoor-specific mounts that make the business of stealing or compromising the cameras when mounted outdoors a little more difficult.

This is achieved by the use of screws that make the process of unmounting requiring the tedious process of unthread the bolt mount, all the way – expending ‘good’ time and energy in/with the process. This is in sharp contrast to the indoor-specific mounts that work with a simple magnet that can simply be placed and lifted off within a second – should the need arise.

Wrap Up: Is The Anti Theft Function Of Eufy Security Cameras Enough To Rely On Same?

I have been asked more than once by intending buyers of Eufy security cameras if the anti-theft alarm most of the models spot (especially models relying on the Home Base 2), is worth it.

My response has always been the same and standard: ‘if you have a small property (read: 1 or 2 bedrooms max) and are likely to be around when someone attempts a fast one on the cameras, then, by all means, it should suffice.

However, anything bigger than a standard two-bedroom apartment and if the likelihood that in an attempt to compromise the cameras, you won’t be around and are largely looking out to having awesome neighbors watch your back and your neighbors will themselves be relying on an alarm that will actually attract their attention, then, you certainly need something more. What Eufy has standard will simply not fly.

And, Eufy, at the moment, doesn’t offer any solution(s).

Your options will lie with the Ring Alarm 8 Piece Kit if you truly want something premium and Eufy-grade level. However, if you’re on a budget or will simply appreciate something cheaper, so far as it is effective and does the job, your best bet is with the Kerui Standalone Alarm System.