You are here: Home / Security / Why Does The Eufy Cam 2 Pro Show Four Red Lights In The Dark?

If you’re blessed to have Anker’s Eufy Cam 2 Pro, you’ll discover something amazing about it: during low light conditions, four (4) medium dull red lights show up on the face of the camera when it senses motion and begins the recording process.

This doesn’t only happen during low light conditions: the reality is also present when the camera detects movement through pitch darkness, say the dead of night or when forced to record in a dark room.

These four (4) red lights remain on throughout the recording process and only go off when the camera does not detect any (further) movement and the recording is concluded for that footage session.

However, it comes right up again when recording restarts and lighting conditions are poor or pitch darkness surrounds either the camera or the subject. Or both.

As a user, you must have wondered what this is, especially if you have no prior experience with security cameras or CCTV cameras in general.

You also may have wondered why the lights have to come up and inform the subject of a recording that a camera is in the vicinity. Why doesn’t the damn camera simply activate and record silently in the dark?

Or, is it some sort of privacy regulation that all security cameras must comply with in order not to breach people’s privacy unknowingly, you wonder.

Whatever these four lights are that glow in the dark when the Eufy Cam 2 Pro records, it is time to demystify the whole process and explain in detail what they are all about. 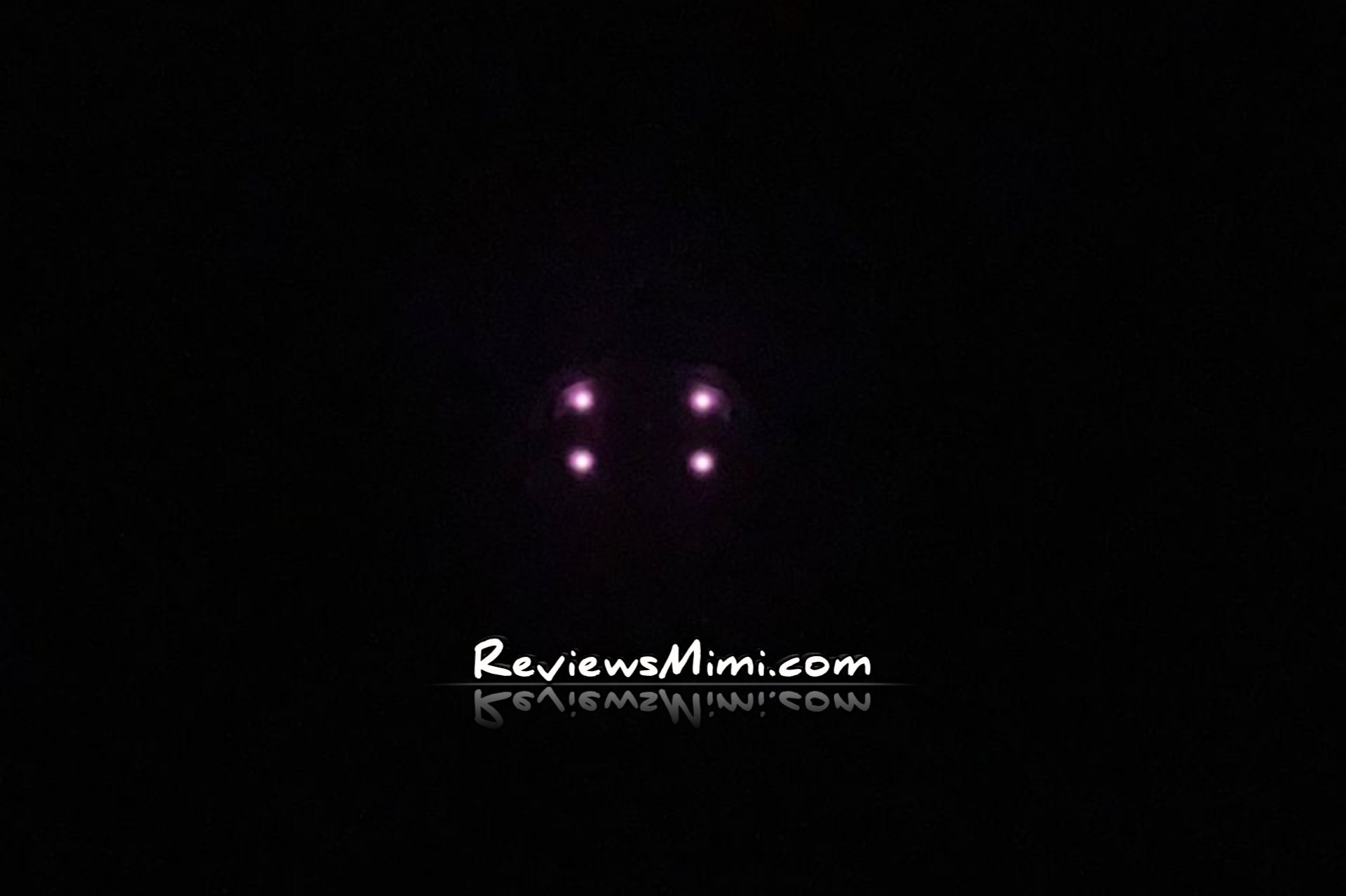 The Concept Of Infrared

Discovered around the 1800s, infrared radiation, Infrared, or simply, Infrared Light is a spectrum of electromagnetic radiation with has wavelengths that are well longer than those of visible light.

Accordingly thus, such light emitted from an infrared emitting device or gadget isn’t visible to the naked eye.

However, with specialized devices such as some cameras, for example, this light can be captured and seen with the naked eyes in the same manner it actually operates.

Since the human eye cannot see this spectrum of light and since the light shines through the darkness to aid the camera see, cameras powered by this light type are bound to have what is called ‘night vision’, enabling them to see clearly at night at record what happens; a reality that is practically impossible without this technology type.

Having understood the concept of infrared and how it works, it is now important to understand why your Eufy Cam 2 Pro must glow faint red when performing its night vision duties.

Can’t the camera simply record what it will via infrared in a quiet and unassuming manner without those red lights? Must the lights actually light up before the camera can actually do its night duty thing?

There’s actually a simple explanation for it: the four red lights are a light spectrum that the infrared lights located inside the camera deploy to see, in order to achieve nighttime recording.

These dull 4 red lights are seen in a much brighter fashion by the IR technology inside the camera and this, overall, gives the camera better night vision, enabling the unit to offer better night mode or recording ability.

For the IR technology powering the cameras thus, those dull four red lights are essentially some flashlights of sorts – making certain that the dark is lighted up in order to enable the camera to ‘see’ and do its night recording job in an appropriate and acceptable manner.

Can’t The Eufy Cam Record In The Dark Without The Four Red Lights?

As much as the concept of infrared is and the reality that the camera uses the dull red lights as ‘flashlights’ to enable it to ‘see’ in the dark and record footage during the night, you may not like the fact that these lights come on for the recording to happen in the first place.

In such an instance, it is only natural to ask if these lights can be turned off – with the infrared function still left open and switched on for the Eufy Cam 2 Pro.

The answer, unfortunately, is no. Turning off the IR function of the camera deactivates the red lights and all manner of night vision.

The camera will thus be ‘blind’ so far as night recording is concerned and won’t be able to record anything that happens during such times.

Can Night Vision Be Deactivated On The Eufy Camera?

Yes. Night vision can be deactivated on the Eufy Cam 2 Pro, effectively rendering the unit incapable of ‘seeing’ anything at night.

What needs to be done in this instance is to locate the video settings of the camera on the Eufy security app and toggle the ‘auto night vision’ function off.

With this effectively toggled off, the camera won’t ‘see’ anything that happens in pitch darkness again.

However, it is worthy of note to understand that the camera might still activate despite being put in this mode and attempt to record the little it can.

If this happens, audio recordings will be picked up and saved if that function was activated on the app prior.

The four red little dim lights that come on when the Eufy Cam 2 Pro is activated by motion when lighting conditions are poor or it is pitch darkness is the IR light, a sort of light spectrum that is invisible to the human eye.

Those bulbs, seen by the IR technology are way brighter than what the naked eye sees. They thus act as the ‘flashlight’ of the night vision IR system in the same fashion a traditional flashlight serves as an illumination source for the human eyes when lightning is poor.

These lights can however be switched off. However, turning them off means turning off the IR night vision system and when turned off, recording when night falls, lightning is poor or when darkness descends on the field of view of the camera would be tricky.

However, the above notwithstanding, the camera may still trigger itself on and record the little it can – much like the natural human eyes straining to see in pitch darkness.

During such a moment, the camera may also pick up sounds and record them accordingly, if it had been instructed to record audio by means of the app, prior.