You are here: Home / Travel / Top 10 Coldest Countries In The World

Usually, when the weather is cold, snuggling under your blanket, sitting close to a fire, or wearing very thick clothing usually does the trick and ensures that you regain warmth back.

For a plethora of countries (and a wide spectrum of cities), this works brilliantly.

However, for the top 10 coldest countries of the world, this is usually not the case.

In these countries, cold is a very serious business and if not given due attention (like proper clothing – backed up with superior heating), death may occur.

Without much ado, below are the bitterly cold countries of the world that would make even the most resilient human being reconsider what it means when it is stated that a place a frigid.

Please, note however that though this article is ranked, it is for convenience and administrative ease.

Kindly understand thus that the numbering is a simple guide through the true position of things is not very far from the stated position and ranking here.

Let’s start – and we’ll be starting at number 10 and will work our way down to number 1.

Please note that all reference to temperature here is in degrees Celsius. 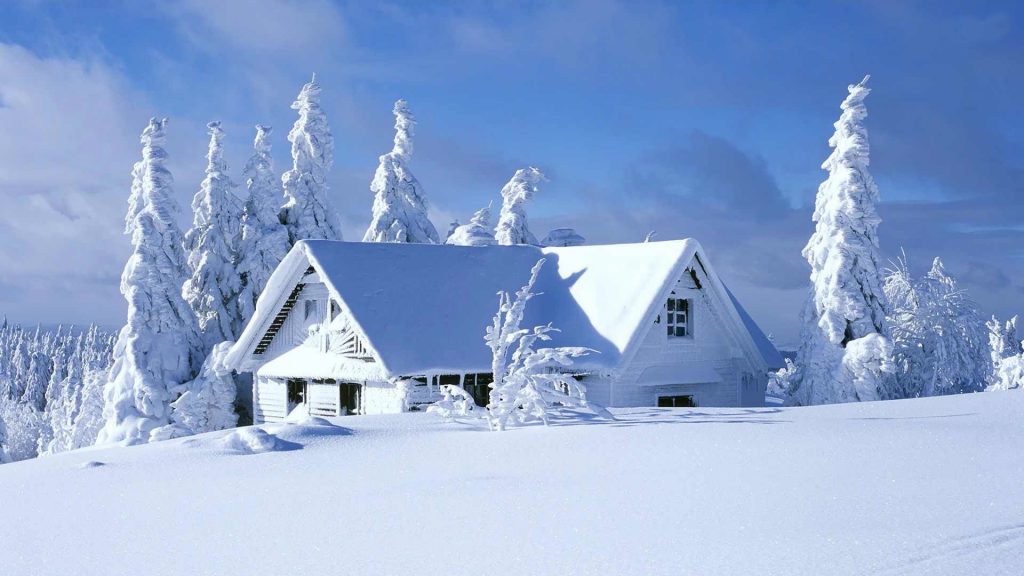 Mongolia is a country in South East Asia known for a healthy culture of livestock rearing.

The country is a landlocked country and borders China and Russia.

However, unlike these two countries, the country is sparsely populated and has a population of only about 3 million people.

The temperature here, however, is something that is interesting and worth close attention.

However, during Winter, things usually get really icy and extremely frigid, with temperatures dropping as low as -30 degrees.

Now, if you agree with us (as you rightly should), anywhere in the world where temperatures drop to that tune is certainly a place to take seriously so far as world coldness is concerned.

Not to worry though: if you’re planning on visiting the country, their summers are usually warm and you’ll be pardoned for thinking that you’re on Australian soil! 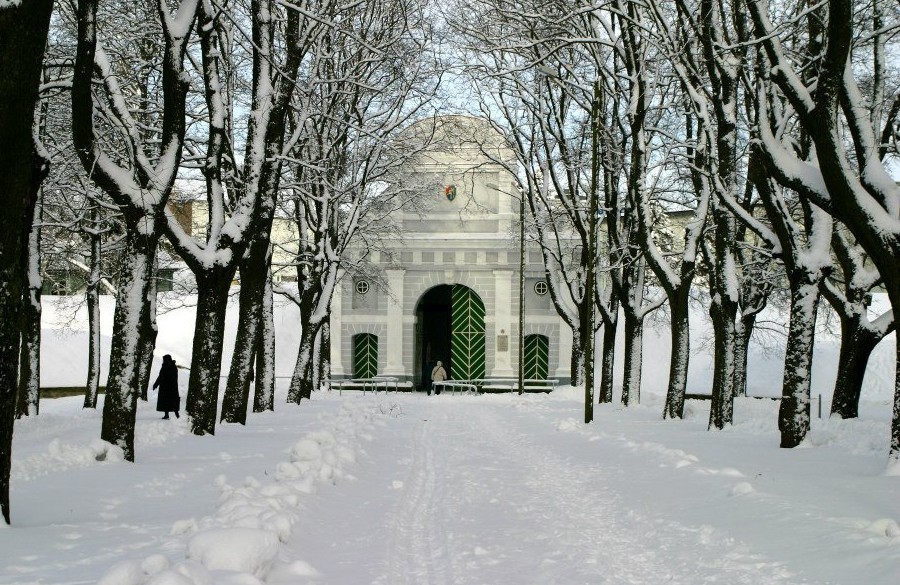 Estonia is a northern European country where the weather, though fair all year round, is extremely cold during the Winter months.

Like Mongolia above, Estonia is very cold in Winter – and averages about -7 degrees in February – the coldest month of the year.

However, if you’re not someone who appreciates cold or the extreme temperatures that see ice all through the way,, your best option is to visit the country around July which happens to be the warmest month of the year.

During this time, the temperature can drop to a fair and more accommodating range of 18 degrees.

All other things factored in, Estonia as a country amply qualifies for the slot of one of the coldest countries in the world at the moment and a very safe and completely impressive haven for them (and things) that prefer it cold.

If you’re someone who really loves the cold and all things temperate, then, by all means, you need to add this lovely country to your bucket list.

MORE: Top 10 Best Exotic Places To Visit Before You Die 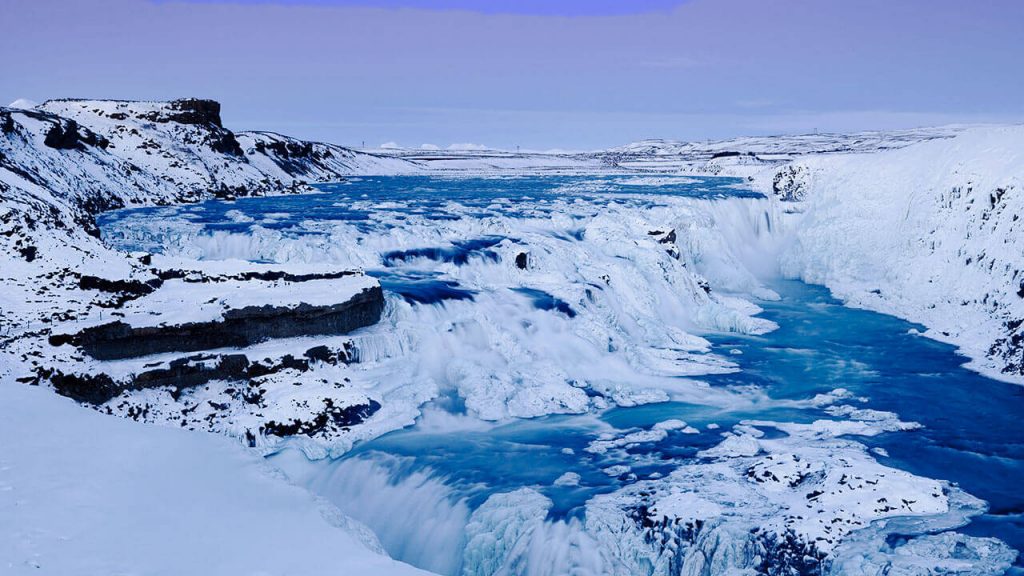 As the name implies, Iceland is all about ice 🙂

Jokes aside, this European country, with its sparse population (it is the most sparsely populated country in Europe), is well in the league of nations that cold has become an inseparable part of the national culture and an everyday reality.

Iceland sees temperatures that are as extreme as -30 in its northernmost parts during the Winter season.

During the Summer, however, things get varied and the extreme cold gives way to a more accommodating temperature that is fair and easy even on visitors.

However, despite its Summer temperatures (that are as fair as 10 – 15 degrees) and the country’s tendency to experience wild fluctuations, the country, overall, counts as one where anyone who is ice serious will take to memory. 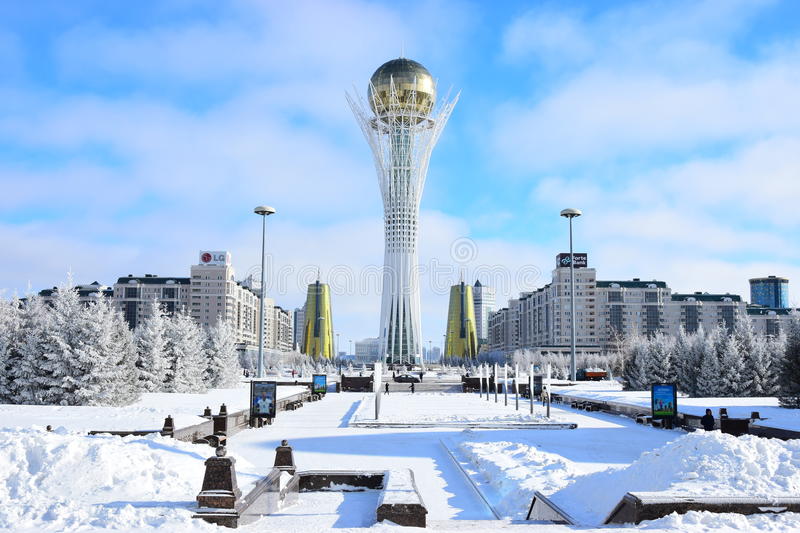 Kazakhstan (pronounced Qazaqstan) is one of the few Asia countries on this list, dominated primarily by European countries.

Officially the largest landlocked country in the world, Kazakhstan has an impressive array of wildlife, a rich and impressive history, and importantly, very cold weather.

Running between the range of -15 and -20 during the Winter, cold literally flies everywhere and challenges anyone who is bold (or stupid) enough to stand in its way.

However, like other countries on the list, during the Summer, particularly around July, temperatures rise up to 30 degrees.

If you’re thus thinking of visiting or immigrating to the country, take heart – summer is your time! 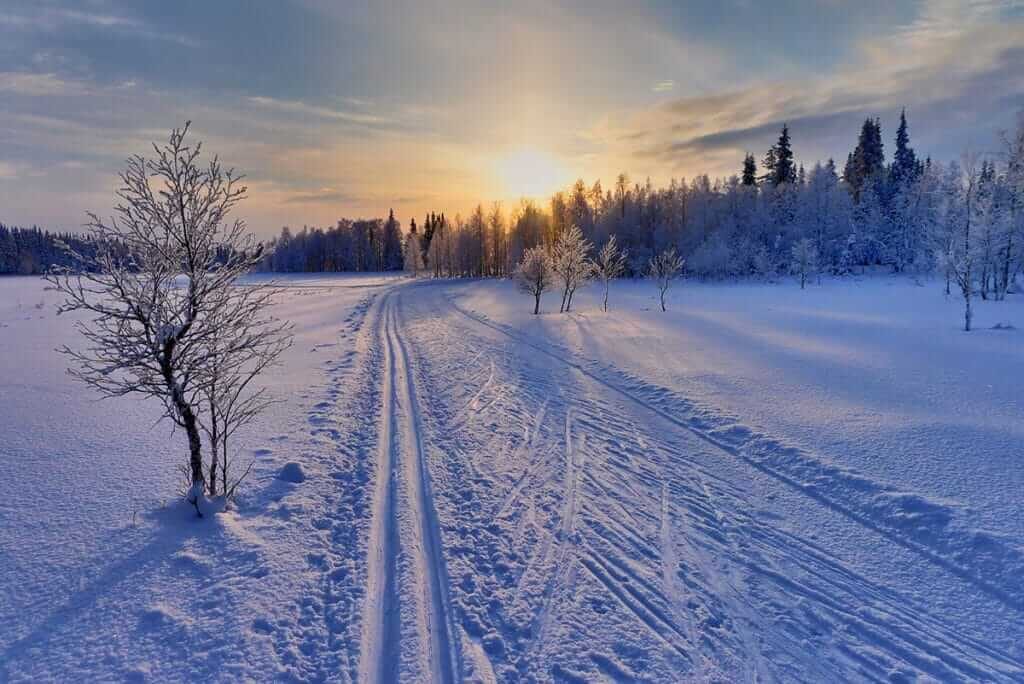 Finland is situated in Northern Europe and bothers many important and awesome countries like Sweden.

Blessed with an overall serene environment and an array of wildlife, the country is a haven for those who are pro-peace and enjoy a simple, non-complex, and completely straightforward life.

However, it is during Winter that the country unleashes the beast that lies hidden in it.

On regular Winter nights, temperatures can drop up to -20 degrees.

However, during extreme instances, -20 certainly does look like child’s play: -45 becomes the order of the day (or night, so to properly speak and write). 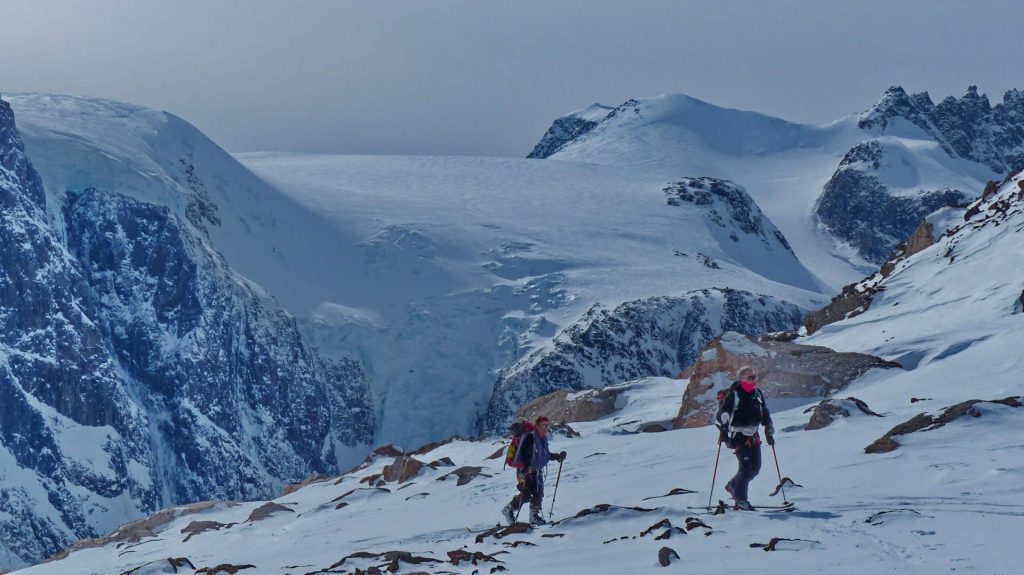 Greenland is the world’s largest island and is close to Canada.

Though technically a part of Northern America, it has been historically and politically referred to as part of the European landscape for over a thousand years.

Being close to the North Pole, the country is colder than most of the options mentioned in this list.

The warmest months do not usually see temperatures above 5 degrees – and that’s Summer!

Usually, however, even during the Summer months, it is completely normal and usual to see temperatures that are around 1-2 degrees (and sometimes, 0 degrees).

However, when the Winter colds mount and ice holds sway, it is not unusual to see temperatures drop to around -50 degrees!

At such temperatures, it is needless to say, you’ll officially have no need for a refrigerator and would simply need to rely on nature for both food preservation and the reality of keeping things well preserved. 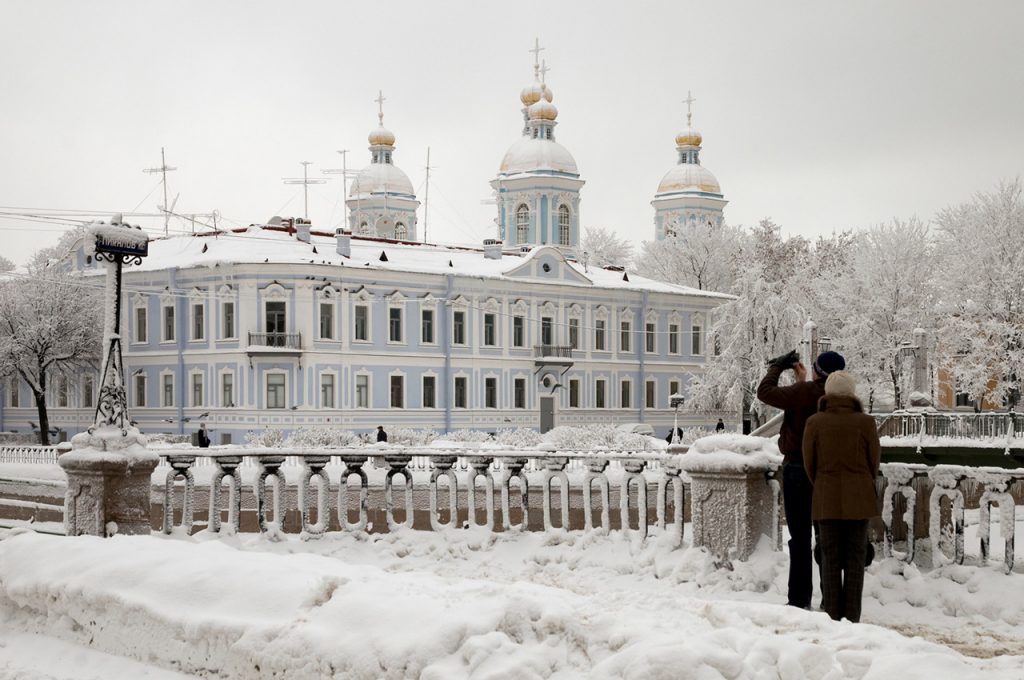 Russia has been known for many things in the world – from breaking world records to one of the serious challengers of the US.

However, what is not often told of the world’s largest country (by land mass) is the fact that to achieve all these awesome achievements and successfully challenge the US, the Russians needed to work in biting cold and almost all the time, in sub-zero conditions.

During the biting Winter in Russia, is not impossible to see the temperature fall to -70!

Unfortunately, unlike the earlier options on the list here, even the Summer months are not very promising and are still very much prone to an impressive amount of cold that is not acceptable (or considered unbearable) in most parts of the inhabited world.

What is more? Some years see no Fall or Spring – however, Winter does not miss its entry and is only challenged by Summer 🙂

MORE: Top 10 Best Places To Visit In Africa On Vacation 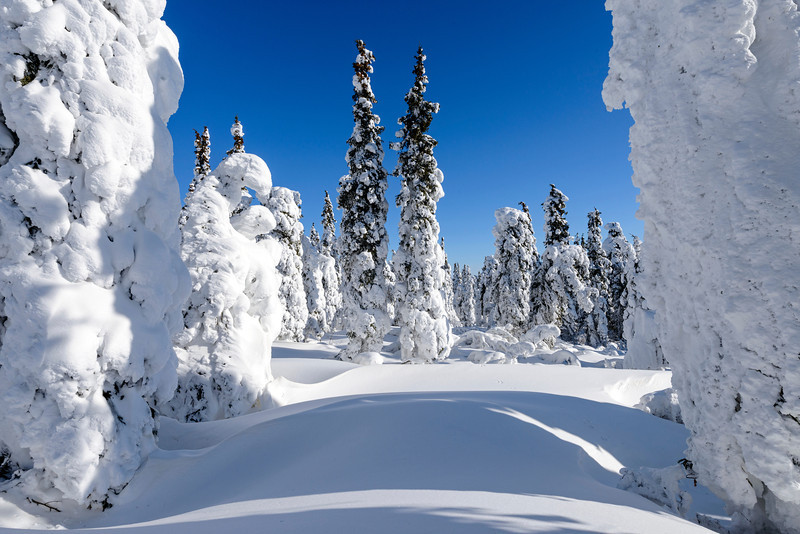 When it comes to cold weather, Americans (and the rest of the world) do not usually bother with the inclusion of the country.

However, because of the large expanse of land that the US sits on and importantly, because of varying time zones, it can really get tropical (for example, in Florida) and on the flip side, can really get temperate (as in the case of Alaska and other proximate states).

In Alaska, for instance, because of its location in the North West extremity of North America, the weather is extremely cold during the Winter months and it is not unusual to record temperatures in the range of -80 degrees.

At such temperatures, it is difficult to either challenge, beat or replicate anywhere else in the world unless you’re talking of either Canada or the continent of Antarctica. 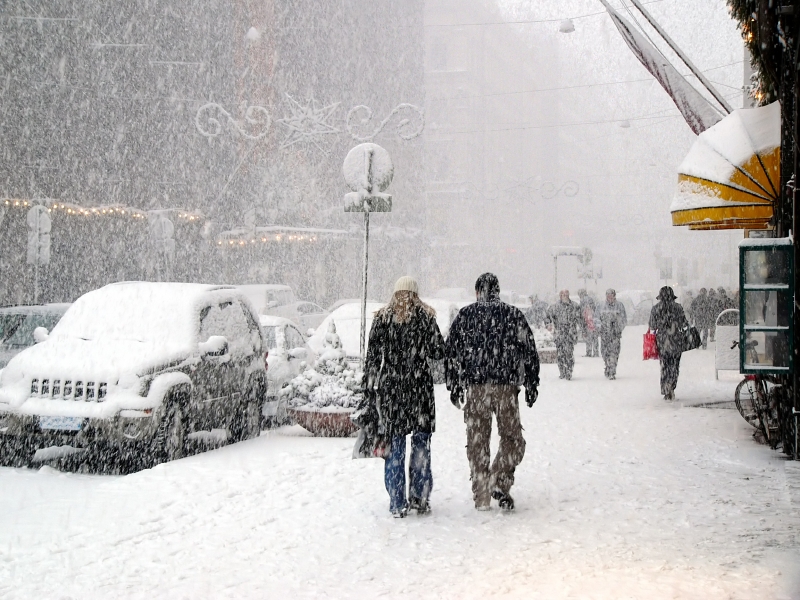 Canada is known for many things in the world: first, it is one of the countries with the most friendly immigration policies.

Second, it is home to a wide diversity of people and cultures.

Third, the country is home to the most polite and most friendly people in the world.

However, all these positive attributes cover something more subtle and less germane: the biting cold and extremely harsh cold, especially during the Winter months.

Overall though, the Canadians seem not to care about this.

However, it is difficult to see how one can positively enjoy the cold in temperatures that range well up to -80 degrees! 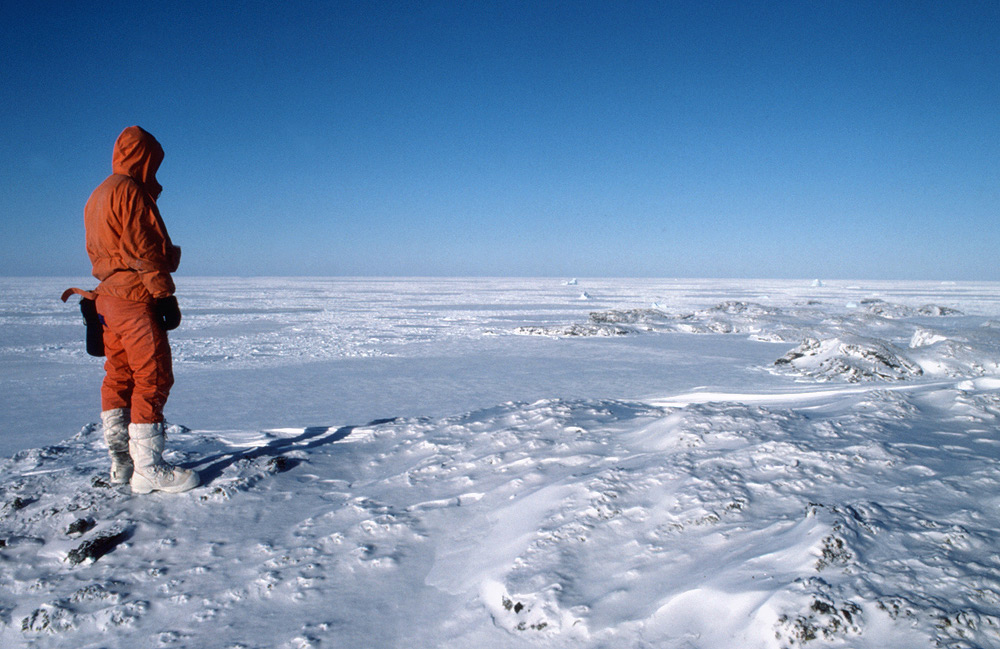 Antarctica, without a single shred of doubt, is the world’s coldest place.

It also doubles as the world’s coldest continent due to its status as a continent.

The continent, largely uninhabited is the least populated continent in the world and is home to more polar bears than humans 🙂

The cold prevalent in this continent is simply out of this world; so cold is the place that during normal (otherwise) Summer months experience low temperatures that are well within the minus-zero range.

It is not however uncommon to experience temperatures that are well lower than -90 degrees!

If you’re an ice queen or some sort of ice king, the continent ought to be on your bucket list and we’re pretty certain that traveling to this location will certainly be a dream come true for you 🙂

However, this is most unlikely as Antarctica is largely uninhabited except for the presence of researchers and scientists who are housed in research stations.

That’s it – you just read (or glanced through) the list of the coldest countries in the world at the moment.

These countries, you should remember, have temperatures that drop from a fair -30 to a more serious and impressive -93!

It is also pertinent to remind you that though this is a list of the coldest countries in the world, it also includes the largely uninhabited continent and clearly the coldest, Antarctica.

If you’re planning on traveling to any of the above-listed countries thus, be properly guided.

And for now, be certain to have a very great day!